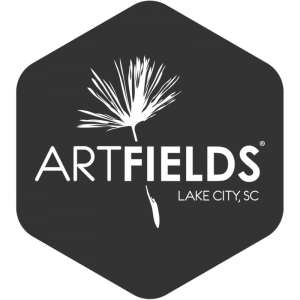 With more than $140,000 up for grabs in prize money this year, ArtFields, Lake City, South Carolina’s nine-day art exhibition and competition, is officially accepting submissions in all media from artists who live in its 12 participating Southern states. Submissions will be accepted through November 5, 2018, accepted artists will be notified in December, and winners will be announced at the close of ArtFields, set for April 26th – May 4th, 2019.

ArtFields started in 2013 with a simple goal: honor Southeastern artists with nearly two weeks worth of celebration and competition in the heart of Lake City – a small, once agrarian South Carolina town. To date, ArtFields has awarded nearly $700,000 in prize money, helped launch the careers of artists, and ultimately led to Lake City’s transformation into a burgeoning arts mecca.

Lake City native and philanthropist Darla Moore led the charge in creating the event, which is coordinated by a small and mighty team, and staffed by nearly 200 local volunteers. ArtFields devotes extensive resources to recruit artists and draw audiences from all participating states. The entire town of Lake City transforms into a gallery for up to 400 pieces of art, exhibiting artwork in professional gallery spaces and in private shops, restaurants, and other locales. Among ArtFields’ roughly 20,000 yearly attendees are gallery owners and museum curators and directors, arts educators, art critics and writers, students, locals, and those inspired by Lake City’s impressive display of Southern art. Most ArtFields events are free and open to the public.