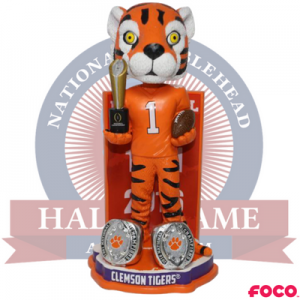 You can purchase the bobblehead here. There are some other Clemson bobbleheads and South Carolina Gamecock ones available for purchase too.