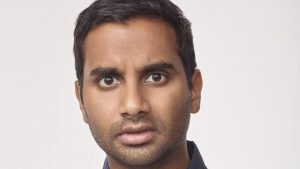 UPDATE on 8/29: Due to popular demand, Aziz Ansari and the Gaillard Center have added a second performance. This show will take place on Wednesday, September 5th at 7 pm. Click here for tickets.

The performance on Tuesday, September 5th is sold out.

Stand-up comedian, actor, writer, and South Carolina native Aziz Ansari will be performing at the Gaillard Center on Tuesday, September 4th at 7 pm. The show is being billed as “Aziz Ansari: Working Out New Material.”

Besides his popular Comedy Central and Netflix specials, Ansari is also known for his role as Tom Haverford on NBC’s Parks & Recreation and for creating and starring in the Netflix series Master of None. His work on the latter earned him two Emmys and a Golden Globe.

Ansari grew up in Bennettsville, which is about 45 minutes north of Florence. He last performed in Charleston back in March 2014 when he completed four shows in two days at the Charleston Music Hall. He also brought his book tour for Modern Romance to the Sottile Theatre in 2015.

Tickets are $42 before taxes and fees and can be purchased here. The venue has provided the following important info about tickets:

“Will Call Tickets Only: Valid photo I.D. required to claim seats. Seats may be claimed at door open time for show you are attending. Seats guaranteed until show time.  Will call tickets must be picked up by the purchaser only.  Alternate names for will call will not be allowed.

Oh Brudder Productions own all rights in the content and materials, including any jokes and sketches (the “Materials”), delivered during his performance. The Materials may not be copied, translated, transmitted, displayed, distributed, or reproduced verbatim (the “Use”), in whole or in part, in any form, media, or technology now known or later developed. Any Use of the Materials without the express prior written consent of Oh Brudder Productions is strictly prohibited and violators will be prosecuted to the full extent of the law.”
–