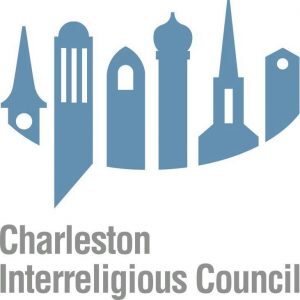 The speaker series will address such timely topics as “Who are the (Real) Chosen People” and “How To Diss a (False) Prophet: Protecting Religion by Rejecting God’s Messengers,” among others. This series of free lectures and workshops is scheduled for October 11th through 13th at various locations around Charleston. It is named for the late Dr. James Sawers Jr., who served as president for the Christian-Jewish Council of Greater Charleston.

“The Charleston Interreligious Council has become a leading voice for building respectful relations among people of all religious traditions,” said David Bossman, a professor in the Department of Religion Studies at Seton Hall University in New Jersey who also serves on the council’s advisory committee. “Rabbi Firestone has expertise particularly in the Jewish and Muslim traditions. What better way to foster peace and fellowship than to learn about others and to engage them in peaceful conversation.”Born in Northern California, Firestone is the Regenstein Professor in Medieval Judaism and Islam at Hebrew Union College-Jewish Institute of Religion and an affiliate professor of religion at the University of Southern California. As a recipient of numerous research fellowships and university invitations, Firestone is currently an Alexander von Humboldt Research Fellow in Berlin. This year he also was a held a Sigi Feigel Visiting Professorship for Jewish Studies at the University of Zürich. Firestone has written more than 100 scholarly chapters and articles and eight books with several translations. He has also served as vice president of the Association for Jewish Studies and president of the International Qur’anic Studies Association.The schedule for this year’s James Sawers Jr. Speaker Series: “How To Diss a (False) Prophet: Protecting Religion by Rejecting God’s Messengers”

The problem that all religions must confront: Is the prophet authentic? If he is not, then the message and the religion he brings is false. All scriptures warn us not to follow false prophets, but who is to say? This presentation will consider how religions have responded to the challenge of new and challenging prophets and how that has impacted interreligious relations today.“The Story of Prophet Muhammad: Narrative and Counter-Narrative in Islam, Christianity and Judaism”

“Abraham: The First Jew, Christian or Muslim. A Comparative Study of the Patriarch in three Scriptures”

While we differ over many religious issues, Jews, Christians and Muslims can at least agree about their common forefather Abraham. Or can we? We will examine scriptural portrayals of Abraham in the Hebrew Bible, New Testament and Qur’an to consider how our religious traditions have really understood the person of Abraham.

“The Five Pillars of Islam & Judaism”

Friday, Oct. 12 at 8 p.m.Main Sanctuary at Kahal Kadosh Beth Elohim, 90 Hasell St., Charleston, SC 29401In this presentation, we will study the five core aspects of Islam as defined by Islam itself, and will observe how they relate to Judaism. Be prepared to be surprised.

“Noah and the Flood in Bible and Qur’an: Is it the Same Story?”

Saturday, Oct. 13 at 10:30 a.m.Social Hall at Kahal Kadosh Beth Elohim, 90 Hasell St., Charleston, SC 29401In this session, we will study the story of Noah and the Flood in two scriptures and observe similarities and differences.

“Who Are the (Real) Chosen People? The Meaning of Chosenness in Judaism, Christianity and Islam”

What does it mean to be “chosen” in Judaism, Christianity and Islam? Can God chose only one?

All events are free and open to the public. Those of all faiths and religious backgrounds are welcome to attend and be part of this conversation.

“Dr. Firestone is that unique teacher who can bring multiple religious faith traditions into dialogue with one another through the study of their sacred texts and historical developments,” said Rabbi Stephanie Alexander, spiritual leader, Kahal Kadosh Beth Elohim and first female Rabbi in Charleston. “As such, his presentations will provide a wonderful opportunity for members of Charleston’s various religious communities to come together and dialogue, as well.”

For questions about the speaker series, contact Ken Fox at 843-763-3150 or SCKenFox@comcast.net.