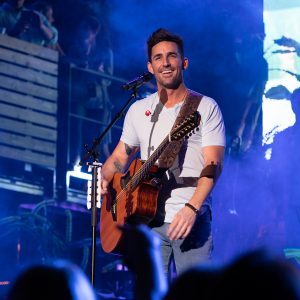 The singer-songwriter has had seven No. 1 singles – “I Was Jack (You Were Diane)” (watch the video below), the 2x Platinum “Barefoot Blue Jean Night,” “Beachin’,” “Anywhere with You,” “Alone with You,” “The One That Got Away,” and “American Country Love Song.”

Owen’s fifth studio album, American Love, debuted at No. 1 on Billboard’s Top Country Albums chart and No. 4 on the Billboard 200 all-genre chart. Most recently, Owen signed a new label deal with Big Loud Records, reuniting him with award-winning producer Joey Moi. Owen and Moi are currently in the studio working on the forthcoming project.

Tickets for the North Charleston concert go on sale Friday at 10 am. The show is scheduled to start at 7:05 pm.
–