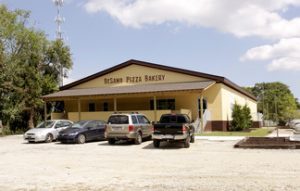 Update (9/15): The name of the restaurant will be Baker and Brewer

Holy City Brewing (HCB) and EVO Pizzeria have announced they are partnering to open a new downtown food & bev establishment at 94 Stuart Street. The space will feature a commercial bakery in the front, a pizzeria in the middle, and a brewery in the back area creating Holy City beers. The business is slated to open in early 2019.


The bakery will sell coffee, desserts, pastries, bread, and paninis, and it will function as a retail store for both EVO and HCB swag.

The pizzeria will feature twenty taps, a full liquor bar, and EVO Pizzeria’s menu with exclusive bar snacks. The area will have both indoor and outdoor seating with a stage to host live music events on the patio.

The brewery in the back will also have its own flagship line of beers that will be exclusively sold at this new location. The focus will be on Belgian, French, and Wild ales on a five-barrel system. This small-batch brewery will also concentrate on experimental brews.

A reveal party is scheduled for Monday, September 10th, at EVO Pizzeria in Park Circle. Holy City Brewing will do a tap takeover during the event, which will occur during Charleston Beer Week. Two of the flagship brews for the new location will be available at the shindig.

Desano Pizza was the most recent tenet at 94 Stuart Street. It closed in November 2017.