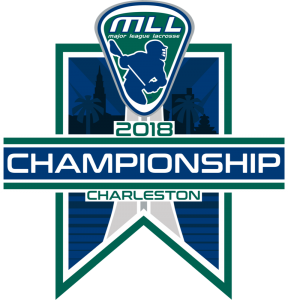 Major League Lacrosse’s (MLL) best teams are coming to the Lowcountry! The top two squads will face-off for the league’s championship on Saturday, August 18th at MUSC Health Stadium on Daniel Island. This is the first time the Major League Lacrosse Championship Game will be played in the state of South Carolina.

“The Championship Game presents a great opportunity to showcase the top talent our sport has to offer, and we are very excited about bringing this unique event to the beautiful city of Charleston,” MLL Commissioner Alexander Brown said.

“We’re excited for the opportunity to host the Major League Lacrosse Championship Game at MUSC Health Stadium this summer,” said Charleston Battery Chairman Eric Bowman. “We’re looking forward to giving Charlestonians the chance to see elite athletes playing their sport at the highest level right here in their own backyard.”

The Championship will be played on Saturday, August 18th at 7 pm. Tickets are available for purchase here, or by calling 843-971-GOAL (4625). Prior to the game (from 5 pm to 7 pm) there will be an All-Star Game Fan Zone for lacrosse fans to enjoy.

The MLL Championship Game is traditionally played at a neutral location and recent renditions of the game have been hosted by venues that are not home to an MLL team. Ford Center at The Star in Frisco, Texas hosted the game last season before becoming the home venue for the Dallas Rattlers. Fifth Third Bank Stadium in Kennesaw, Ga. hosted for two seasons in 2014 and 2015 before welcoming the Atlanta Blaze, then hosted again in 2016.

The Major League Lacrosse Honors will also be taking place in Charleston at the American Theater on Friday, August 17th at 7 pm. The ceremony will be a formal gathering to celebrate the achievements of MLL players from the 2018 season and it will air live on Lax Sports Network.

Follow us
Related Topics:Major League Lacrossemusc health stadium
Up Next