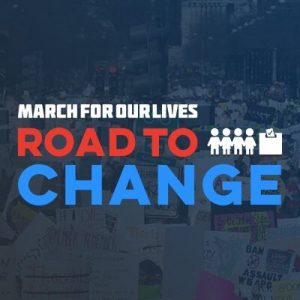 As previously reported, some of the students behind the March For Our Lives event will bring their Road to Change Tour to the Holy City on Tuesday, July 31st. The group recently announced that their Town Hall event will be held at the Sottile Theatre starting at 7 pm.

The summer bus tour grew out of the March For Our Lives event that was held in Washington, D.C. on March 24th. The movement is dedicated to student-led activism around ending gun violence and the epidemic of mass shootings in American schools today.

The Town Hall will also include representatives from Lowcountry Students for Political Action. There will be a moderated speaking portion and 30 minutes for audience questions. To register for the free event, click here.

Follow us
Related Topics:sottile theaterThe March For Our Lives: Road to Change
Up Next