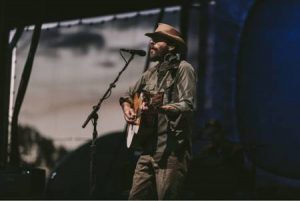 American singer-songwriter Ray LaMontagne will bring his “Just Passing Through” Acoustic Tour to the North Charleston Performing Arts Center on Friday, November 16th. John Stirratt of Wilco will accompany Ray on bass throughout the tour.


Tickets for the tour will be available to the general public on Friday, July 20th at noon at LiveNation.com, the North Charleston Coliseum box office, Ticketmaster, or by phone 800-745-3000.  For more information on the tour and artist and Spotify pre-sales, visit www.raylamontagne.com.

In May, LaMontage released his seventh studio album, Part of the Light. The first single, “Such A Simple Thing,” is currently in the Top 10 on BDS’ AAA chart. He performed the track on ABC’s Jimmy Kimmel Live and BBC Two’s LATER…with Jools Holland (you can watch this clip below). You can listen to and/or purchase the new album here.

LaMontagne last played the Performing Arts Center in 2014. You can see photos and his setlist here.