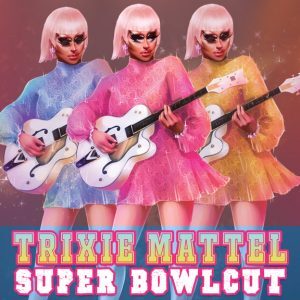 A native of Milwaukee, Wisconsin, Firkus began doing drag at the age of 19 and made his first public appearance in a stage performance of the Rocky Horror Picture Show. After placing sixth on the 2015 season of RuPaul’s Drag Race, he moved to Los Angeles and began working on his web series, performing standup comedy, and acting (Mattel appeared as herself on an episode of American Horror Story: Roanoke). In 2017, Mattel released the LP Two Birds, a well-received country-pop album that made a splash both at home and abroad. And in 2018, she was crowned winner of RuPaul’s Drag Race All Stars 3.

Follow us
Related Topics:charleston music hallTrixie Mattel
Up Next

The Knowledge Potluck is Hosting Show + Tell for Adults at Daps

Press Release Charleston Moves’ Pedal & Panache event is back this year for the 6th annual celebration! Presented by Bike...