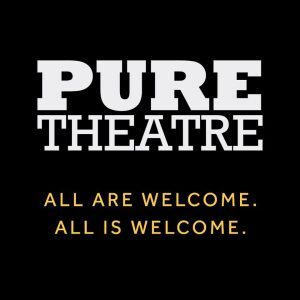 As excitement grows around PURE Theatre’s new home at the Cannon Street Art Center, the company is proud to announce the productions for its 16th Season that will run from October 2018 through May 2019.

PURE Theatre kicks off Season 16 with SWEAT by Lynn Nottage at the Dock Street Theatre as part of the City of Charleston’s MOJA Arts Festival. Festival performances are set for the weekend of October 4th through 7th.  Following the festival, this production will also christen the Cannon Street Art Center, located at 134 Cannon Street, with two additional weeks of performances running the weekends of October 11-20.  The inaugural season on Cannon Street then continues with A DOLL’S HOUSE, PART 2 by Lucas Hnath (November 1-24).

In the New Year, as part of the company’s new Past Contemporaries Series, PURE will pay tribute to playwright Sam Shepard with the production of two of his masterworks, TRUE WEST and FOOL FOR LOVE.  The plays will be presented in rotating repertory from January 10 through February 9.  Rounding out the season are Bess Wohl’s SMALL MOUTH SOUNDS (March 7-30) and a TO BE ANNOUNCED Tony Award-Winning work (April 18-May 11).

“When I was a teenager, I didn’t fully appreciate what it meant to be 16,” says PURE Theatre’s Co-Founder and Artistic Director, Sharon Graci. “It was really just a license—literally, to drive a car. As the head of an arts organization that is turning 16, I have a whole new appreciation for what 16 means. PURE is mature, seasoned, but not as wizened as our older counterparts. There’s still much to learn, but we’re confident and thoughtful, with a firm understanding of audience expectations. We’re bold and balanced, and we are not afraid to challenge our patrons to expect more and to challenge ourselves to deliver more. We work hard, we take risks, and we dream of a future that is welcoming to all. It’s exciting to manifest that dream, and it’s terribly, terribly sweet. Just as it should be.”

Now in anticipation of its 16th season, PURE Theatre remains dedicated to creating exceptional theatre experiences that enliven thought, ignite dialogue, and expand consciousness. The theatre’s 21-member core ensemble couples artistic risk-taking with a passionate commitment to addressing the important and often hilarious challenges of being human in the world today, yesterday, and tomorrow.