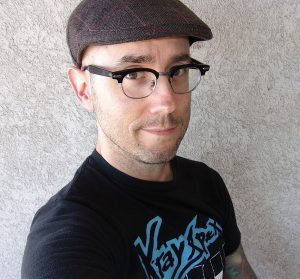 Starting at 6 pm on Thursday, July 26th, the Charleston Library Society will host a night of psychedelic music and literary discussion with Hugo Award winning author and music journalist Jason Heller (The New Yorker, Rolling Stone, Entertainment Weekly, and more), who is visiting in support of his latest book, Strange Stars: David Bowie, Pop Music, and the Decade Sci-Fi Exploded. The night will feature music, conversation, and a specialty Strange Stars cocktail.

Heller will be joined in conversation with local journalist – and Charleston Library Society’s own – Leah Rhyne. The pair will chat about writing, research, rock, pop, disco, and all the music popular in the 70s. If you love music too, this night’s for you.

Copies of Strange Stars will be available for purchase as Heller’s curated playlist of the music in his book is played through the evening. Tickets are only $5 for members and $10 for nonmembers. Click here for more information. 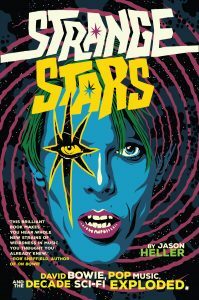 ange Stars is a unique story, featuring an exciting decade of music and one of its biggest icons: David Bowie. As the 1960s drew to a close, Bowie slipped into the empty balcony of a London cinema to see 2001: A Space Odyssey. He emerged a changed man. As the 1970s progressed and mankind trained its telescopes on distant worlds, Bowie would lead other rock stars to see the world of science fiction as the catalyst needed to continue the revolution begun in the sixties.

Strange Stars explains how science fiction and music came to depend on each other throughout the decade. With Bowie as their leader, Heller ties some of pop music’s most influential names into a single narrative including:  Pink Floyd, Jimi Hendrix, Sun Ra, Parliament-Funkadelic, Kraftwerk, Rush, Devo, and X-Ray Spex, while also including the more obscure musicians of the decade who nonetheless helped influence the scene.

If you can’t make the event, you can purchase the book here.

Follow us
Related Topics:charleston library societyJason HellerLeah Rhyne
Up Next

“Rudolph the Red-Nosed Reindeer: The Musical” Coming to the North Charleston PAC in December