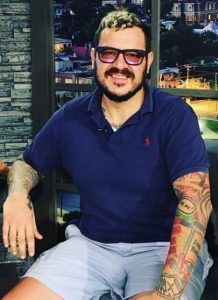 UPDATE on 6/29/18: It is with a heavy heart that I share the news that Richard “Box” Bachschmidt has passed away. Please keep his family and friends in your thoughts. I will share relevant info as the family allows. Charleston has lost an incredible soul who did so much for this community.
–
Original post below
–
Richard “Box” Bachschmidt (pronounced bach-schmitt), host of Charleston’s “Box in the Morning” radio show and known as Charleston’s Morning Mayor, was last seen on Tuesday, June 26th. A missing person report has been filed by his family with Charleston County Sheriff’s Department.
Box was last seen at his residence on James Island on Tuesday. He shared with his roommate that he would “be right back,” left in his electric blue Honda Element and did not return. His last communication with friends and family by phone, text, or social media was also on Tuesday. After uncharacteristically missing several work meetings on Wednesday, friends and family became increasingly worried for his safety.
If anyone knows the whereabouts or has any information that can lead to locating Box, the family is asking for you to please contact Charleston County Sheriff’s Office at (843) 202-1700. He is a 42-year-old, white male with visible tattoos on his arms. He is known to wear baseball hats and glasses and was last seen wearing a black T-shirt, jeans, and blue-checkered Vans. 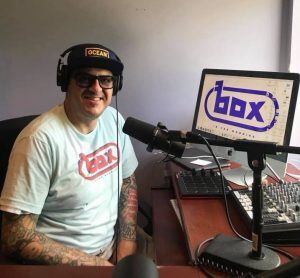