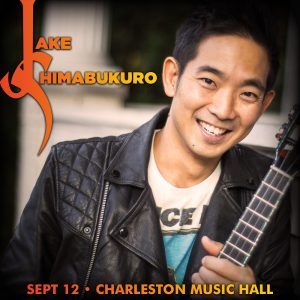 Ukulele virtuoso Jake Shimabukuro will return to the Charleston Music Hall with a performance on Wednesday, September 12th at 8 pm. Tickets go on sale this Friday at 10 am.


The musician is certainly no stranger to the Charleston area. He previously played at Music Hall in 2013 and 2016 and performed at the 2012 Spoleto Festival.

Born and raised in Honolulu, Shimabukuro’s life has always centered on the ukulele. Coming from the Aloha State, he had the added benefit of growing up around the best ukulele players in the world – not to mention access to the top equipment for the job too. He started playing at the age of four and began his music career in the mid-90’s. His career really took off when his cover of The Beatles’ “While My Guitar Gently Weeps” went viral on YouTube with more than 13 million views.

Tickets for “An Evening with Jake Shimabukuro” at the Music Hall will be available for purchase here.

The Tenors Play the Charleston Music Hall on October 27th