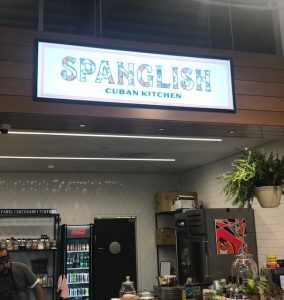 The portmanteau “Spanglish” is frequently used to describe a blend of the Spanish and English languages, but for one of Workshop’s newest tenants, the term provides an apt description of their cuisine. Chef Tomas Prado’s menu at Spanglish Cuban Kitchen features several traditional Cuban dishes with numerous instances of American influence.

Prado and his wife, Lynda, moved to the Holy City from Miami and both descended from Cuban families, which explains the Cuban-American fusion at Spanglish. The couple says their eatery is “not just a concept, but a personal story told through food.” After recently dining at Spanglish, I can confirm that their food not only tells a story, but it is pretty darn delicious too.

The menu, which you can see here, includes sandwiches, larger plates, sides, and more. For my visit, I was treated to the following dishes: Escabeche, El Cubano, and Lechon Asado. 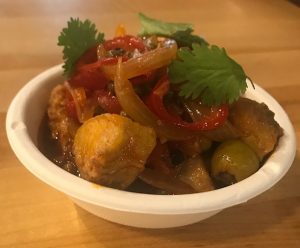 The escabeche is an appetizer featuring Andalusian pickled local fish, olives, capers, onion, and peppers. Right off the bat, I was given a dish that demonstrates how easily Chef Prado can combine cuisines. The dish itself has Mediterranean and Latin American roots (Andalusia is a region in Span), but the fish was locally-caught king mackerel. The vegetables and chunks of fish sat in a mix of vinegar and paprika. Although I wasn’t overly excited by the dish, I did imagine this would have been a great appetizer to enjoy with a cold beer out in Workshop’s courtyard. 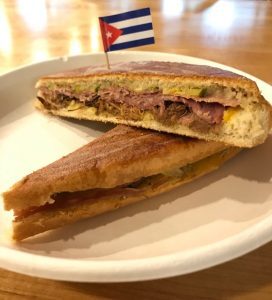 The El Cubano is a traditional Cuban sandwich featuring slow roasted pork (from Keegan-Filion Farms), Edwards Country Ham, cheese, house-made pickles, and house mustard serve on pan cubano. I’ve always been a fan of Cuban sandwiches, have ordered several in Charleston, and can now say this is easily my favorite! It was very flavorful and I had to fight the urge to devour the whole thing in a matter of minutes. The pork and ham are clearly the stars of the sandwich, but the bread is what takes it to the next level. The top layer of the bread is satisfyingly crunchy and is brushed with a homemade garlic butter before being served. As an added bonus, the sandwich is made with local and regional meats. If you have a Cuban restaurant, your Cuban sandwich better be top notch – and this one was. 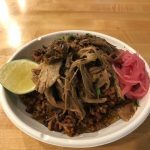 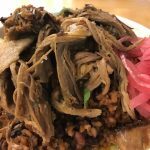 The Lechon Asado is made with the Keegan-Filion roasted pork, “Congri” (aka Cuban Hoppin’ John), and mojo onions. Like the sandwich, this dish is fantastic. Spanglish’s pork is so tender and tasty because the Prados don’t cut any corners in preparation. Their pork is marinated overnight in house-made mojo sauce and then roasted for 14 hours. The delicious meat lays atop a mix of rice and Sea Island Red Peas – once again incorporating southern ingredients into a Cuban dish.

If you go to Spanglish, you can’t go wrong with any dish that includes pork. No matter what you get, you can bank on a dish that is meticulously prepared and full of flavor. Spanglish is a solid addition to the Holy City that boasts a unique mix of Cuban and Southern cuisine with mostly locally-sourced ingredients – all of which, is a recipe for success.

You can learn more about the restaurant at www.spanglishcubankitchen.com. 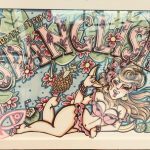 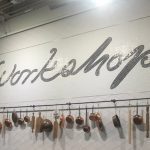 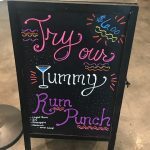 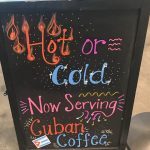 Full disclosure – This meal was comped, but I was not required to review or write about my experience.