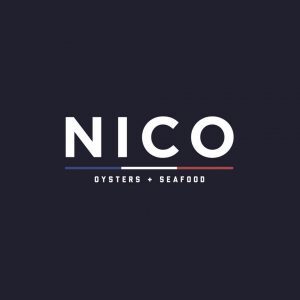 Veranszki, most recently of Anson Restaurant in Charleston, brings almost two decades of experience to NICO as General Manager. Veranszki worked in London from 2012 to 2017 in Assistant General Manager and General Manager positions, including a two year stint at the historic and iconic Pennethorne’s at Somerset House as General Manager, where she rebranded the venue from café to wine and cocktail bar, winning a spot on World’s Best Bars 2016 within six months.

NICO also welcomes Matthew Ward to the team as a Sous Chef. Ward will serve as the AM sous chef while Nick Colvins will continue to serve as the PM sous chef.

Ward was most recently the Executive Chef at Rutledge Cab Company in Charleston. Prior to his time at Rutledge Cab Co., Ward served as Chef de Cuisine at the highly acclaimed Culinary Vegetable Institute at The Chef’s Garden in Milan, Ohio. A College of Charleston graduate, Ward has previously worked alongside French Master Chef Nico Romo. Formerly employed by Patrick Properties Hospitality Group, Ward served as the Sous Chef at Fish under Chef Romo where he spent seven years in various roles.