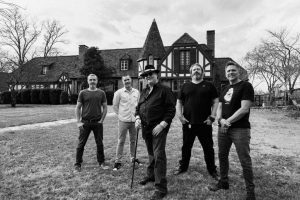 Grammy Award-winng band Blues Traveler will return to the Charleston Music Hall on Wednesday, October 17th at 8 pm. Tickets go on sale this Friday at 10 am.


The group is best known for their hit songs “Hook,” “Run-Around,” and “But Anyway.” Their 1994 album, four, went six-times platinum and is still their most successful release.


On the heels of their 30th anniversary, Blues Traveler will release their 13th studio album on October 12th. Entitled, Hurry Up & Hang Around, the 12-track record will feature a mix of rock, psychedelica, southern folk, soul, and blues.

Tickets for the band’s Charleston Music Hall show will be available here. The band last played at the venue in November of 2016.