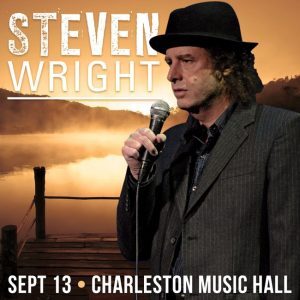 Stand-up comedian Steven Wright will perform at the Charleston Music Hall on Thursday, September 13th at 8 pm. Tickets go on sale this Friday at 10 am.

Wright was ranked as the 15th Greatest Comedian by Rolling Stone in a their list of 50 Greatest Stand-up Comics.  His other accolades include:

Follow us
Related Topics:charleston music hallSteven Wright
Up Next