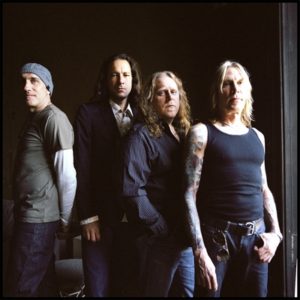 This summer, southern rock jam band Gov’t Mule will return to the Volvo Car Stadium in Daniel Island. The group will play at 7 pm on Saturday, August 18th. The group last played at the venue in August 2017.

The group formed back in 1994 as a side project of The Allman Brothers Band by guitar virtuoso Warren Haynes and the late Allen Woody. The band is currently comprised of singer and Haynes, drummer Matt Abts, bassist Jorgen Carlsson, and multi-instrumentalist Danny Louis. They are responsible for ten studio albums, plus numerous EPs, and live releases.

Tickets for the local show can be purchased here.
–