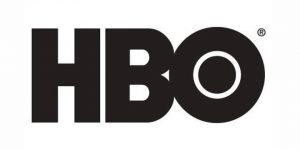 UPDATE – 7/5/18: The show will be called The Righteous Gemstones and will star McBride and John Goodman. Click here for more info.

Danny McBride and HBO are once again joining forces in the Holy City! After partnering on the hit series Vice Principals, the team’s latest project will begin filming in the Charleston area next month.

McBride and HBO (along with writer Jody Hill and producer David Gordon Green) have previously worked together on the hit series Eastbound & Down and the aforementioned Vice Principals, which concluded its planned two-season run in 2017. McBride (writer) and Green (executive producer) also worked together on the upcoming Halloween sequel that was filmed in town.

Back in January, McBride spoke to Rolling Stone about the new series saying:

“Jody and I are getting ready to do another show for HBO now – this is sort of our misunderstood angry man trilogy: Vice Principals, Eastbound and now we have this third one we’re going to shoot…It’s very much inspired by British comedy and Seventies cinema, these character pieces where they wouldn’t wrap themselves up in neat bows – like the ending of Five Easy Pieces.”

According to a local casting agency, the pilot episode of the unnamed series will film in July and there will likely be a need for extras. If you are interested, visit Tona B. Dahlquist Casting’s Facebook page for details on the production’s needs and where to submit for consideration.

Little else is known about the production at this time, but keep checking Holy City Sinner for updates!