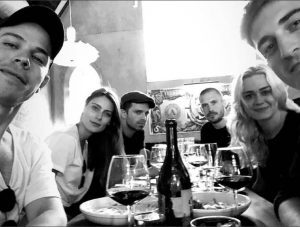 Actor Sebastian Stan, who is known for playing Bucky Barnes in Marvel’s Avengers movie franchise, recently dined at 5Church in Charleston. Stan is also known for his roles in Gossip Girl, Once Upon a Time, and I, Tonya.

Representatives from 5Church confirmed that Stan dined at the downtown restaurant this past Sunday after photos of the star appeared on social media. Another photo shows Stan in the lobby of the Belmond Charleston Place hotel.

This isn’t the first time 5Church has had a celebrity visitor. Over the last year, the restaurant has welcomed Ed Sheeran, Mary Louise Parker, Jason Segel, and Madison Hildebrand. 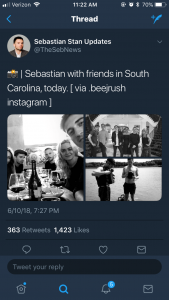