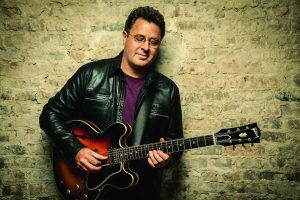 Country Music Hall of Famer Vince Gill will take the stage at the North Charleston Performing Arts Center on November 8th at 7:30 pm. Tickets go on sale at 10 am on Friday, June 8th.

Gill is one of the most successful country musicians in history. His impressive career includes over 20 studio albums, over 26 million albums sold, 18 CMA Awards won, and 21 Grammy Award wins. Unsurprisingly, Gill was inducted into the Country Music Hall of Fame in 2007.