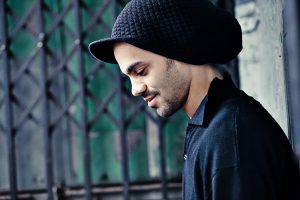 The group was founded by the Reverend Daniel Joseph Jenkins in 1892, a year after the Jenkins Orphanage opened its doors on Franklin Street. Zimbabwe is the great-grandson of Reverend Jenkins, and carries the Orphanage Band’s musical blood in his veins.

Joining Zimbabwe are Mayor John Tecklenburg, a jazz pianist trained at the Berklee College of Music in Boston, and Quentin E. Baxter, a two-time Grammy nominated musician and producer.

Tickets to the festivities, which include a pre-concert reception, are $40 and can be purchased online at www.charlestonlibrarysociety.org, or by calling 843-723-9912. Proceeds go directly to the Jenkins Institute for Children, which promotes and supports the social and economic well being of children, families, and individuals to enable them to become productive and self-sufficient persons in their communities.

The Charleston Library Society is located at 164 King Street.

Tuffus Zimbabwe is a pianist and composer from the Roxbury area of Boston. He comes from a rich background of artists and musicians, most notably Edmund Jenkins, a brilliant composer and performer in the genres of Jazz and Classical music from the early 1900s.

In his early teens, Zimbabwe joined Berklee College of Music’s City Music Program, where he began his formal training in jazz. At 18, he received the prestigious Walter Beasley Award, won the song writing competition at Berklee’s Five Week Summer Program, and was subsequently awarded the full-tuition “City Music Continuing Scholarship” to study in Berklee’s undergraduate program (class of ‘05).
Zimbabwe currently works as a keyboardist in the Saturday Night Live Band on NBC. He also works in a number of bands.

About Mayor John Tecklenburg
Charleston Mayor John Tecklenburg spent much of his career as a businessman and entrepreneur—a family legacy that began with the opening of his great-great-grandfather’s corner grocery store at St. Phillip and Wentworth streets in 1867. Mayor Tecklenburg founded Southern Oil Company in 1978, which he successfully owned and operated for nearly 20 years. Upon selling the business, he was appointed to serve as Director of Economic Development for the City of Charleston, where he helped lead the revitalization of Upper King Street.

Mayor Tecklenburg holds a bachelor’s degree in Chemistry from Georgetown University in Washington, DC and also attended the Berklee College of Music in Boston where he pursued his lifelong passion for music and jazz. Since becoming mayor in 2016, Tecklenburg has been committed to improving citizens’ quality of life and making Charleston a city of opportunity for all.

About The Jenkins Institute for Children

The vision for the Jenkins Institute for Children is to “Rekindle the Jenkins Dream – to Reform and Improve the Lives of Children and Families!” The Jenkins Institute, previously known as Jenkins Orphanage was founded, December 16, 1891 by Reverend Daniel Joseph Jenkins. In July of 1892 it was chartered by the State of South Carolina with the mission of providing a safe, secure, loving home environment for orphans and destitute boys and girls in need. The Jenkins Institute currently care for teenage girls ages 11 up to 21 years of age.