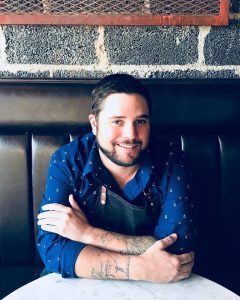 On Tuesday, May 29th, Holy City foodies can watch Jason Daly, the executive chef at Warehouse, compete on the Food Network show Chopped. The episode airs at 9 pm.

Chopped is a cooking game show that pits chefs against each other as they compete for a chance to win $10,000. Chef Daly’s episode is called “Surf and Turf” and features some expensive and obscure proteins from both land and sea.


Chef Daly took over the Warehouse kitchen in September 2017. He was previously the executive chef of Salt Restaurant on Vinalhaven Island, Maine.


You can learn more about Chopped here .