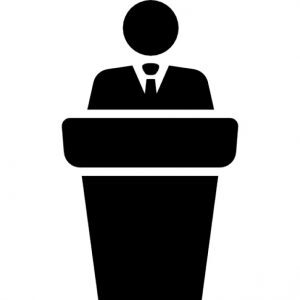 The College of Charleston Bully Pulpit Series and WCIV ABC News 4 will host two gubernatorial debates leading up to the South Carolina midterm primary election in June. The debates will be held on on May 15th and May 16th respectively.


Each will be held in the Stern Student Center Ballroom on the College of Charleston campus, as well as broadcast live on the following stations around the state of South Carolina:

The Democratic Debate will be held on May 15th at 7pm and will include participants Phil Noble, James Smith, and Marguerite Willis.

The Republican Debate will be held on May 16 at 7 pm and will include Kevin Bryant, Yancey McGill, Catherine Templeton, and John Warren. Gov. Henry McMaster declined the invitation to participate.

Doors to the Stern Center Ballroom will open each night at 6 pm. Guests must be seated by 6:45 pm.

Limited tickets are free and open to the public. Guests must show tickets upon arrival to gain access to the event. Each debate requires a different ticket. One ticket will not permit access to both debates.