This June, several events honoring the families, survivors, and church members affected by the mass shooting at Emanuel AME will be held throughout the city.

June 17th will be the second anniversary of the tragedy that took nine lives and affected the entire community and nation.

You can see the full schedule below (click each image below for an easier-to-read version). 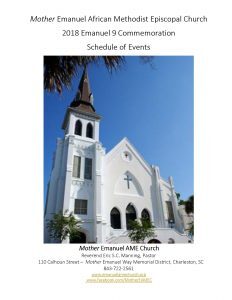 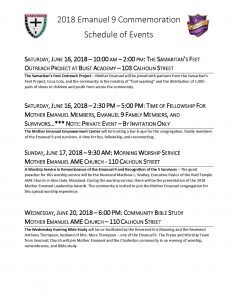 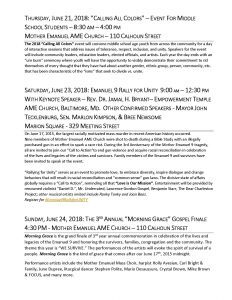 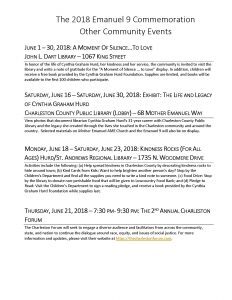 Of note – folk singer Joan Baez will take part in the Rally for Unity on 6/23. She recently released her version of “The President Sang Amazing Grace,” a song honoring the victims of the 2015 shooting at Charleston’s Mother Emanuel AME Church and President Barack Obama’s eulogy to them