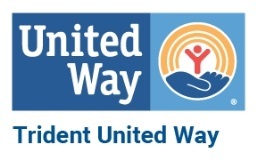 In addition to enjoying a look back at the development of Women United, which currently boasts more than 700 members, the affinity group recognized female leaders in the community with its annual awards.

Dorchester Children’s Advocacy Center Executive Director Dr. Kay Phillips was named Women United’s Nonprofit Leader of the Year for her dedication to children and families in her community. Phillips has served at the helm of DCAC since 2004 and was one of three governor-appointed citizens to join the South Carolina Joint Citizens and Legislative Committee on Children.

“I do what I do because this community is very important to me,” Brams said of her work with TUW. “It’s where I live and it’s where I work.”

The final award was given to MUSC’s Executive Vice President of Finance and Operations Lisa Montgomery, who was named the Role Model of the Year. Montgomery has also served terms on Trident United Way’s Board of Directors and Finance Committee. She was recognized for continually engaging new donors in TUW’s work.

Mimi Griffin served as the keynote speaker of the event. A former basketball color analyst who was inducted into the Women’s Basketball Hall of Fame, Griffin currently serves as the president & CEO of MSG Promotions. Griffin is widely recognized as the first female to provide color commentary for a NCAA men’s basketball tournament game for ESPN and CBS.

“We owe it to others coming behind us to leave the ladder down,” Griffin said of the way women lay groundwork for others in their career paths.

Trident United Way Women United is an engaged network of philanthropic leaders committed to improving education, financial stability and health in our region through their giving, advocacy and volunteerism in our community. To learn more, visit www.tuw.org/WomenUnited.