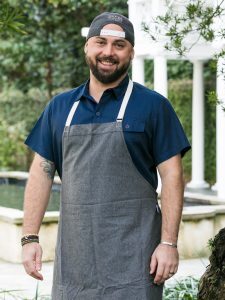 The 104-seat restaurant will be open for dinner Tuesday through Sunday from 5:30 pm to 10 pm with bar service beginning at 4:30 pm. The restaurant includes a 60-seat main dining room, a 15-seat bar, a “living room,” a 10-seat communal table, a 16-seat piazza, and a 60-seat private dining space.

Sells joined Parcel 32’s culinary team in late 2017. A native of Coral Bay, St. John, Sells is a graduate of Johnson & Wales and worked at several well-respected restaurants and hotels alongside talented chefs. Among his accolades, Sells was named a top “30 under 30” chef by Zagat and was nominated for a Rising Star by StarChefs.

The Charleston single-home housing Parcel 32 was built in 1837 at the beginning of the Victorian era. Eventually it operated as the peninsula’s highest-volume bakery for 75 years until 1931. Parcel 32 references the original block of 442 King St. noted on Charleston’s 1888 map by Sanborn Map & Publishing Co. Behind the home was The Tower Depot train station which was the local passenger and freight depot.

Parcel 32’s property and building includes a courtyard, living garden, and a custom-made oyster chandelier. Located near the bar entrance, the chandelier is made of locally-used oyster shells. The walls of the restaurant’s upstairs private dining space are adorned with “Carolina Railroad Band” artwork by Colleen Hanlon, which was reinvented and enlarged from an 1837 newspaper clipping. The counter stools at the bar’s community table are made of reclaimed bargeboard from the 1800s that once drifted down the Mississippi River carrying goods to New Orleans. Historical remnants of ticket stubs for the train station found during the adjacent William Aiken House renovation are framed, parceled together, and illuminated.

All photos taken by Andrew Cebulka and provided by Parcel 32. 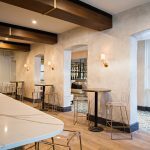 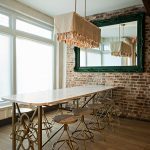 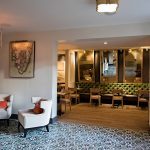 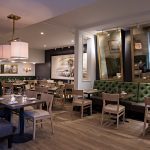 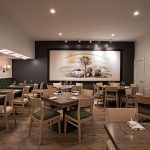 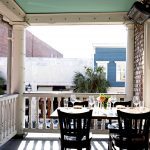 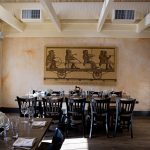 Follow us
Related Topics:Parcel 32Shaun Brian Sells
Up Next