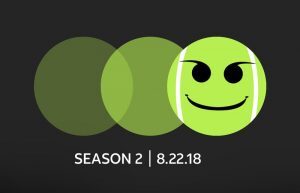 Mr. Mercedes, a television series based on a best-selling Stephen King novel of the same name, will return for its second season on Wednesday, August 22nd on AT&T’s Audience network.


The first season of the series centered on a demented killer who taunts retired police detective Bill Hodges with information about a mass murder involving a stolen Mercedes. The novel was published in June of 2014 and promptly moved to the top of the New York Times best-seller list. It won the Edgar Award for best novel.

Plenty of Charlestonians are likely to appear on screen too as Tona B. Dahlquist Casting helped get many locals included in the series as extras. Filming is ongoing, so if you are interested in being an extra, click here for more info.

According to Deadline, the second season will be based on King’s best-selling Bill Hodges Trilogy, which includes, Mr. Mercedes, Finders Keepers and End of Watch.

Mr. Mercedes is just one of many productions to film in the Holy City. Other productions that have called the Charleston area home include Salvage, Top Chef, Vice Principals, Halloween, Southern Charm, Naked, Leavey, The Inspectors, The Sinner, Reckless, and South of Hell.