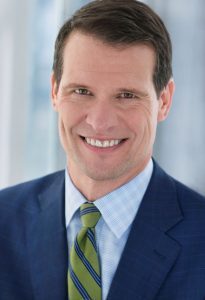 The South Carolina Stingrays announced today that long-time owner the Zucker Family has sold controlling interest in the franchise to private equity investor and businessman Todd Halloran. The ECHL Board of Governors on Monday approved the Transfer of Controlling Interest in the team.

The Zucker Family will retain a minority interest in the franchise. Financial details of the transaction were not disclosed. The Stingrays will remain in North Charleston and maintain their affiliation with the Washington Capitals of the National Hockey League (NHL) and Hershey Bears of the American Hockey League (AHL).

“The South Carolina Stingrays represent more than a hockey team,” Halloran said. “The franchise is a unique, long-standing community asset that offers affordable, family entertainment for Lowcountry residents and visitors, and helps contribute to the economic vitality of the Charleston region. I am very excited to be part of the team’s future.”

The Zucker Family served as majority owners of the Stingrays for much of the past 25 years, and their zeal for both the sport and local community has translated into a quarter-century of on-ice success.

“Our first 25 years with the Stingrays has been an incredible experience,” said Anita Zucker. “Highlighted by three Kelly Cups and the growth of hockey across the region, we’re sincerely thankful to the fans, players, coaches, staff and partners who have made this time so special and successful.”

While contemplating an ownership transition, the Zucker Family focused on finding the right partner who shared their commitment to the game, the team and what the Stingrays mean to this community said Jonathan Zucker, who previously served as the team’s governor.

“We’re thrilled to have connected with Todd Halloran, a tremendous new owner who will build on the team’s success,” Jonathan Zucker said. “The Stingrays are in great hands moving forward and we’re excited to remain involved in the team and the sport, including our support of youth and adult hockey through the Carolina Ice Palace.”

Halloran individually takes over controlling interest of the franchise, further pursuing his lifelong personal involvement in the game of ice hockey. As a partner at private equity firm Freeman Spogli & Co., he has more than two decades of professional experience investing in and helping companies enhance strategies and grow their business.

“I have very large shoes to fill given the legacy the Zucker’s have created,” Halloran added. “The team’s winning consistency and incredibly deep roots in the community can be attributed to excellent ownership and generous civic engagement, and I intend to build on that.”

In acquiring the team, Halloran worked with the Sports Advisory Group, a leading mergers and acquisitions advisor in the professional sports industry, to identify potential ECHL franchise ownership opportunities. Through conversations with league officials, a connection with the Zucker Family was made.

“From every angle this opportunity was the perfect fit. The Stingrays franchise is one of the most consistent and successful in the ECHL and I’m excited to continue the strong affiliation with the NHL’s Washington Capitals,” Halloran said. “Recognizing the embedded culture of winning, combined with the Charleston region’s economic strength, potential fan-base growth, and expansion opportunities for corporate partnerships, the future prospects for the Stingrays team and organization are very promising.”

“The ECHL would like to welcome Todd Halloran as a new owner of the South Carolina Stingrays. His love of the game and extensive business and financial background, make him an ideal addition to the League,” said Brian McKenna, ECHL Commissioner. “On behalf of the Board of Governors, I would also like to thank the Zucker family for their significant contribution to the League and to both professional and youth hockey in South Carolina, for more than two decades.”

“The South Carolina Stingrays have become a North Charleston institution, dazzling the Lowcountry and awing crowds at the North Charleston Coliseum with phenomenal displays of athleticism and sportsmanship,” Summey said. “As the Stingray’s ownership enters a new chapter, North Charleston stands steadfast in its partnership with the organization, players, and fans.”

The South Carolina Stingrays recently completed the 2017-18 season with the most regular season wins in franchise history and an overall record of 48-16-8. The Stingrays continue pursuit of its fourth Kelly Cup, and are currently facing the Orlando Solar Bears in the first round of the ECHL playoffs.

The South Carolina Stingrays are members of the 27-team ECHL, the nation’s premier “AA” hockey league.  The Stingrays have had a winning record in every season of its 25-year history and have captured the Kelly Cup League Championship three times in the last 21 years. The team plays its home games at the 10,537-seat North Charleston Coliseum.