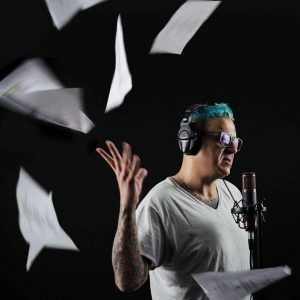 Celebrate the return of Richard “Box” Bachschmidt, Charleston’s “Morning Mayor,” with two hours of live comedy at Theatre 99 on Thursday, April 26th. The “Box in the Morning” Launch Party starts at 8 pm.

After serving for almost 15 years as the official voice of Charleston morning radio, Box is turning his acclaimed morning show into a new podcast. “Box in the Morning” debuts on Friday, April 27th on his website.

The Launch Party on April 26th includes improv by Theatre 99’s Brandy Sullivan and Greg Tavares, stand up comedy from Jason Groce, and the man himself – BOX!

Theatre 99 is located at 280 Meeting Street (above the Bicycle Shoppe). The stairs to the entrance are located at the back of the building.

“You Should Sell That” Art Exhibition Coming to the Music Hall