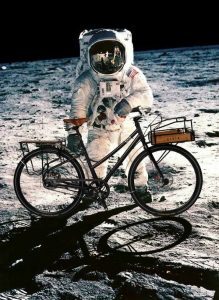 The Gotcha Group, a Mobility-as-a-Service company focused on sustainability, today announced they are partnering with SpaceX, that spaceship company that Elon Musk owns, to become the official – and exclusive – provider of bike shares on the planet Mars.

The companies are working together to build prototypes of what the bikes will look like on the Red Planet and will be testing them out in harsh environments here on Earth that resemble Mars’ climate, such as in Utah and the Mojave Desert.

“Helping provide access to bikes will greatly reduce the new community’s dependence on cars and whatever else they’ll be driving on Mars,” said Sean Flood, CEO of The Gotcha Group. “Elon realized not everyone on Mars will be able to afford a Tesla so we’re really stoked to be an exclusive partner with them on this.” He went on to say that, “I bet this is totally what it would feel like to win HQ every time you play, especially on the one-winner-takes-all days.”

The Gotcha Group, based in Charleston, SC, was chosen by SpaceX as they continue to plan and think about how the hell we’re going to colonize Mars. Gotcha’s customized bikes are American-made and out of this world, so selecting The Gotcha Group was an obvious choice, according to Flood. Additionally, the company’s bikes actually lock to racks so Mars will avoid challenges other cities are experiencing with people throwing them into lakes, trees, and garbage cans (assuming those things exist on Mars). “It’s been pretty gnarly out there,” added Flood. 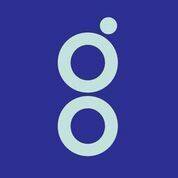 This new partnership is also an integral part of SpaceX’s larger transportation initiative, Martian Oversight of Intelligent and Sustainable Transportation (MOIST), to keep travel on the Red Planet efficient, affordable and friendly to the Martian environment. The program is in the early planning stages and The Gotcha Group is putting together a sleek video demo that will post to the company’s website sometime in the next decade, so stay tuned.

“I really wish Elon could’ve provided a quote for this announcement but you know, he’s a busy guy,” Flood went on to say. “We’re gonna hang out this weekend and talk shop so I’ll keep everyone posted on the latest developments.”

Gotcha Bike, a division of The Gotcha Group, creates customized bike share systems and currently has 26 of these systems in the U.S., with nearly 1,200 bikes and 36,000 users on the road. Gotcha’s “smart bikes” are tech-enabled to create dockless or hub-based bike systems, giving partners the freedom to create mobility solutions designed to suit their specific needs.

ABOUT APRIL FOOLS’ DAY
April Fools’ Day (sometimes called All Fools’ Day) is an annual celebration in some European and Western countries commemorated on April 1 by playing practical jokes and spreading hoaxes. The jokes and their victims are called April fools. People playing April Fool jokes often expose their prank by shouting “April fool” at the unfortunate victim(s). Some newspapers, magazines and other published media report fake stories, which are usually explained the next day or below the news section in smaller letters. Although popular since the 19th century, the day is not a public holiday in any country.