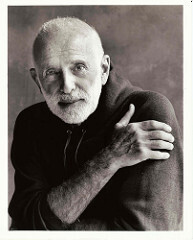 New details for Spoleto Festival USA’s opening-night performance, Celebration: The Art of the Pas de Deux have been announced. The program, on May 25, 2018, at the Charleston Gaillard Center commemorates American choreographer Jerome Robbins’s centenary and honors his unique relationship with Spoleto. Festival General Director Nigel Redden worked with Miami City Ballet Artistic Director Lourdes Lopez and The Jerome Robbins Rights Trust to organize this one-of-a-kind event featuring performance, film, and discussion. Lopez, who worked closely with Robbins during her own performance career with New York City Ballet, will moderate the evening and present three of Robbins’s pieces that illuminate the pas de deux: Afternoon of a Faun, In the Night, and Other Dances.

Joining Miami City Ballet will be two guest artists from New York City Ballet, Chase Finlay and Unity Phelan. They will perform Afternoon of a Faun, created in 1953 and set to the famous Claude Debussy score (played by the Spoleto Festival USA Orchestra), as well as the second pas de deux from In the Night (1970). A ballet for six dancers set to three of Frédéric Chopin’s nocturnes, In the Night will also feature duets from Miami City Ballet’s Emily Bromberg and Jovani Furlan and Katia Carranza and Reyneris Reyes. Simone Messmer and Renan Cerdeiro (both of Miami City Ballet) will perform Other Dances (1976), featuring music for solo piano by Chopin.

While organizations around the globe are honoring Robbins and showcasing his works during the Jerome Robbins Centennial, this program of performance and discussion was specifically created for Spoleto Festival USA’s 2018 season and will not be repeated elsewhere.

The program draws historically from Robbins’s relationship with Spoleto: In 1958, the choreographer was named a resident artist of the inaugural Festival of Two Worlds in Spoleto, Italy. It’s where he established his ballet company, Ballets: USA, which premiered works NY Export: Opus Jazz (1958) and MOVES (1959). Fifteen years later, Robbins organized a special performance for the Italian festival called Celebration: The Art of the Pas de Deux. This event featured five duets by various choreographers, interspersed with Robbins’s commentary. Each piece was performed by a different pair; the 10 artists were representatives from five countries and superstars of the day. Dancers included Patricia McBride, Helgi Tomasson, Violette Verdy, Jean-Pierre Bonnefoux, Antoinette Sibley, Anthony Dowell, and Carla Fracci. A 1973 New York Times piece reported “tickets for the event became as scarce as hot or cold water in Spoleto between the hours of 1 and 5 P.M.”

Immediately following Celebration: The Art of the Pas de Deux, Spoleto Festival USA’s Opening-Night Fête will commence at 8:00pm in a location to be revealed in the coming weeks. Marking the beginning of the 2018 Festival and honoring Miami City Ballet, the evening will feature cocktails, live music, and food from award-winning Charleston chef John Zucker.

Tickets to Celebration: The Art of the Pas de Deux, Opening-Night Fête (a portion of which is tax deductible), and Miami City Ballet’s additional weekend performances, can be purchased anytime at spoletousa.org or by calling the Festival box office at 843.579.3100 from 10:00am to 6:00pm Monday through Friday and from 10:00am to 2:00pm on Saturdays. Beginning May 1, tickets will be available at the box office as the Charleston Gaillard Center.

Spoleto Festival USA
Founded in 1977, Spoleto Festival USA is an annual 17-day performing arts festival that presents leading artists in classical and popular music, jazz, dance, and theater, contributing to the rich cultural fabric of Charleston, SC. The 2018 season (May 25 – June 10) includes more than 150 ticketed events in a dozen locations on the downtown peninsula, including the historic Dock Street Theatre and the Charleston Gaillard Center. A release outlining the entire 2018 season can be found HERE.

Miami City Ballet and Lourdes Lopez
Described by The New York Times as “an exceptional troupe, by Balanchine standards, anywhere in the world,” Miami City Ballet is considered a leader in the field—nurturing new choreographic voices, creating innovative collaborations, and opening new avenues of inclusivity within classical ballet.

Artistic Director Lourdes Lopez, joined Miami City Ballet in 2012. Lopez was born in Havana, Cuba, and raised in Miami. She danced with New York City Ballet for 24 years under George Balanchine and Jerome Robbins, joining in 1974 at the age of 16, with promotions to soloist in 1981 and principal in 1984. After retiring from the stage, Lopez went on to become the executive director of The George Balanchine Foundation and co-founded the innovative dance company Morphoses. Prior to Lopez’s tenure, Miami City Ballet was led by Founding Artistic Director Edward Villella, the first American-born male star of New York City Ballet.

Jerome Robbins
Jerome Robbins (1918-1998), is world-renowned for his work as a ballet choreographer as well as his work as a director and choreographer in theater, movies and television. His Broadway shows include On the Town, Billion Dollar Baby, West Side Story, The King and I, Gypsy, Peter Pan, and Fiddler on the Roof. Among the more than 60 ballets he created are Fancy Free, Afternoon of a Faun, and The Concert, which are in the repertories of New York City Ballet and other major dance companies throughout the world. In 1949, Robbins joined New York City Ballet as Associate Artistic Director at the invitation of George Balanchine. Robbins left the company ten years later to focus on his work for theater, though returned in 1969 as choreographer and later served as both a choreographer and New York City Ballet’s co-Ballet Master in Chief from 1983 to 1989. In addition to two Academy Awards for the film West Side Story, Robbins received four Tony Awards, five Donaldson Awards, an Emmy Award, the Screen Directors’ Guild Award, and the New York Drama Critics Circle Award. Robbins was a 1981 Kennedy Center Honors Recipient and, in 1988, received the French Chevalier dans l’Ordre National de la Legion d’Honneur.