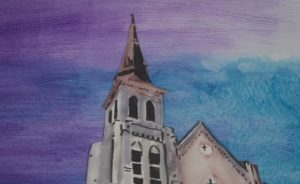 Legendary folk singer Joan Baez recently released a music video honoring the victims of the 2015 shooting at Charleston’s Mother Emanuel AME Church and President Barack Obama’s eulogy to them. The video for “The President Sang Amazing Grace” can be seen below.


Originally written and performed by Zoe Mulford, Baez’s version of the song appears on her new album, Whistle Down the Wind.

Baez, whose career has spanned nearly 60 years, is probably best known for her performances of songs like “Diamonds & Rust,” “Sweet Sir Galahad,” “Farewell, Angelina,” and many more. Several of her albums have been certified Gold by the RIAA. She is also well known for her social activism.

You can purchase “The President Sang Amazing Grace” through Amazon here.