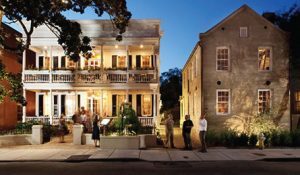 We’re used to the national media fawning over Charleston restaurants and their cuisine – and rightfully so. There is certainly no shortage of delicious menu items, but are any of them culturally important? One media company certainly thinks so. Thrillist believes one menu item at downtown hotspot Husk is so significant, they included it on their list of “101 Dishes That Changed America.”

Editors at the media outlet compiled a group of menu items, separated by decade, that “broke the restaurant mold and forever changed the flavor of America.” Dishes like Nathan’s Hot Dogs, The Reuben sandwich, and Buffalo Wings are featured on the list.

Alongside those iconic items is Husk’s Carolina Gold rice pudding, which was included due to the history of its main ingredient. The prized rice varietal nearly disappeared after its heyday in the colonial period passed, but it was revived in the 1990s by Glenn Roberts and Anson Mills. In 2010, Chef Sean Brock opened Husk and started incorporating Carolina Gold rice in into a number of dishes – including the popular pudding.

Anson Mills and Chef Brock have continued to keep historical grains, ingredients, and recipes alive, which is why the original collaboration was included on Thrillist’s list.

You can see the full list of “101 Dishes That Changed America” here.