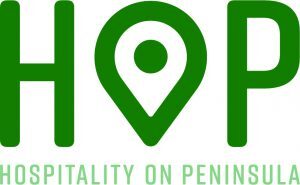 The Charleston Area Regional Transportation Authority (CARTA) Board of Directors today announced that the transit system will launch the Hospitality on Peninsula (HOP) Park and Ride Lot and Shuttle on Sunday, April 15 at 999 Morrison Drive.

The park-and-ride program is the first of its kind on the peninsula and was brought to fruition via a collaborative partnership with the City of Charleston, Charleston County, the Charleston Area Convention and Visitors Bureau and the Berkeley-Charleston-Dorchester Council of Governments.

The HOP is targeted at workers in the area’s booming hospitality and food-and-beverage industries – though it is open to all commuters – as way to mitigate downtown parking challenges. There will be approximately 170 spaces available in the lot.

“The HOP park-and-ride service is an important way we are addressing an obvious need of workers in downtown Charleston,” said CARTA board chairman and Charleston city councilman Mike Seekings. “This lot and shuttle, essentially a pilot program that has been developed from scratch, is the first step in a regional strategy to tackle a number of pressing transportation issues, namely parking and congestion.”

Key details regarding the lot and shuttle service include:

“We certainly would like to thank the City of Charleston, Charleston County, the Charleston Area Convention and Visitors Bureau and the BCDCOG for their collaboration on this project,” Seekings said. “We’re confident the service will be well-used and look forward to seeing it expand to other locations.”

Volunteers Needed to Build Bikes for Kids on 3/27