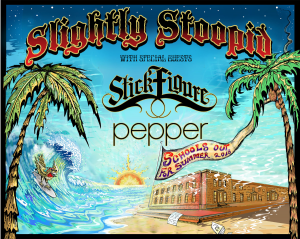 On Friday, July 20th, reggae group Slightly Stoopid will bring their “School’s Out For Summer 2018 Tour” tour to Riverfront Park in North Charleston. Stick Figure and Pepper will also perform.

Doors open at 5 pm for the 6 pm concert and is open to all ages. Tickets, including an optional VIP package, can be purchased here.

#PowerToPuertoRico Benefit Concert Scheduled for 3/4 at The Bend