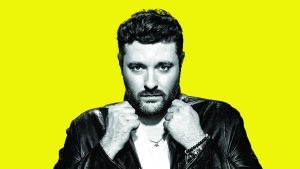 Country singer-songwriter Chris Young will perform at the Volvo Car Stadium on Thursday, September 27th at 7 pm. The show is part of his “Losing Sleep World Tour.”

Young, who won the 4th season of USA Network’s singing competition Nashville Star, has seen ten of his songs hit No. 1 on Billboard’s Hot Country Songs chart. Losing Sleep, his seventh studio album, was released this past October and debuted at No. 1 on Billboard’s Top Country Albums chart.

The musician best known songs include “Gettin’ You Home,” “Sober Saturday Night,” “Think of You,” and “I’m Comin’ Over.”

Tickets for his Daniel Island concert go on sale Thursday, March 1st at 10 am. Click here to purchase.
–

Multi-instrumentalist Brian Culbertson to play the Music Hall in May

Wine Down at Old Towne Creek County Park this Spring