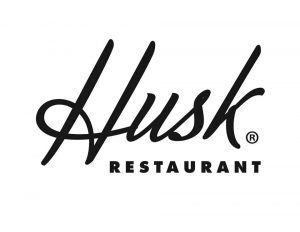 Here’s what the two entities had to say about the project:

The collaboration was sparked by a conversation between Kyle Morgan (Regional Sales Manager) of Blackberry Farm Brewery, in conjunction with The Neighborhood Dining Group’s Kenny Lyons (Director of Hospitality & Performance) and Husk Charleston’s Noah Singerman (Manager – Sommelier).  From there, during a meeting of the minds between Roy Milner (Chief Fermentation Officer) and Kyle Morgan of Blackberry Farm along with Chef Sean Brock and Kenny Lyons, the beer was conceptualized as a Hoppin’ John beer with miso/koji.  The group asked Chef Brock which ingredient he was most excited about in the kitchen: the answer (at that moment in time) was koji. Drawing inspiration from the koji, Roy, Kyle, Sean and Kenny conceptualized and developed the flavor profile of the beer, which came to be named “Reezy Peezy, Red Bay Breezy.” What started as a casual conversation, spit-balling ideas for a distinctive beer collaboration, has flourished into an exciting partnership between Husk and Blackberry Farm Brewery.

Reezy Peezy is the name of a Gullah dish made with “rice and peas.” Venetians were some of the first settlers in the Lowcountry who helped develop processes for growing rice, some successful, some not. Subsequently, the Africans were instrumental in building the Lowcountry’s rice-growing system based on their knowledge from home and as laborers in the field. There is a well-known Venetian dish called “Risi e Bisi,” and many believe the Gullah dish “Reezy Peezy,” was born from their interpretation of the Venetian dish “Risi e Bisi.” They took the classic Venetian dish and used Carolina Gold rice and peas they brought from their homeland to create a Lowcountry staple.

The Red Bay aspect of the name comes from the foraged Red Bay gathered from Folly Beach/James Island, SC.  Used in the brew as a “dry hopping” agent or “dry bay” agent in this case, Bay was historically used in the storage of Carolina Gold Rice to keep pantry insects out due to their distaste of the herb’s fragrance.  However, humans ended up loving the aromatics and flavor of the Red Bay and you often see it added to the rice during the storage or cooking process.

Finally, the “Breezy” component of the brew’s name is pulled from a personal nickname given to Sean Brock, originating from Lyons and a select few members of his Husk Nashville team who affectionately call him “Sean Breezy.”

White Rice Pea miso was made specifically for the beer.  The koji was inoculated on Carolina Gold Rice from a mother that was made from Carolina Gold Rice. That koji was used in the white rice pea miso production. Miso is a Japanese fermentation product used to season food, usually made from fermenting soybeans with salt and koji.  White Rice Peas from Anson Mills were used for the miso production rather than soybeans.  The subsequent beer was seasoned by the Blackberry Farm Brewery team with that miso.

SEWE Weekend Restaurant/Bar Round Up