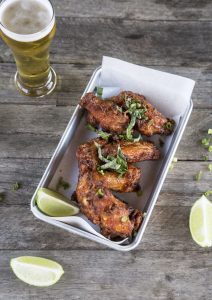 The Royal American’s co-owners John Kenney and Karalee Fallert have unveiled a kitchen expansion and new menu that has been in the works for more than two years.

When the bar and live music venue opened about six years ago, the modest food menu was all prepped and prepared o a 10-square foot space that consisted of a small grill, hot plate, and convection oven. With the 300-square foot kitchen expansion recently completed, the Royal American has added an impressive 20 new bar favorites to their menu like the Pharmacy Burger, Disco Fries, Magic Wings, and Music City Hot Shrimp. The popular Potato Royale and house-made Beef Jerky are still available.

Kenney was determined to add the perfect chicken wing to the new menu and after many attempts, Chef Ben Ellsworth created Magic Wings, which are dry brined in salt and white pepper, double fried, then coated in a dust made of green Sichaun peppercorns, garlic, and Chinese Five Spice, served with a squeeze of lime.

You can see the full menu here. 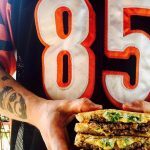 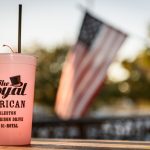 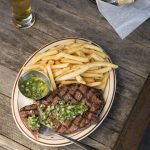 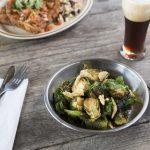 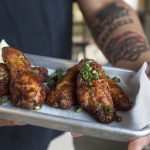 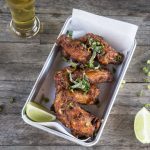