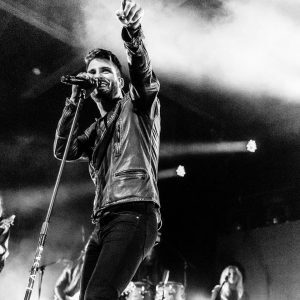 The Cooper River Bridge Run (CRBR) announced Mitchell Lee, a contestant on this season of NBC’s hit show The Voice, will be the headliner at this year’s event on Saturday, April 7th. Lee, a Columbia native and a graduate of The Citadel, will be singing the national anthem at the start of the race as well as performing on the main stage in Marion Square for the post-race event.

Lee graduated from The Citadel with the goal of becoming a dentist but fell in love with performing locally in the Holy City. He eventually moved to Nashville to pursue a career in music. After a rigorous audition process, he earned his spot on Blake Shelton’s team on The Voice. Lee made it through four of the five stages before being eliminated from the show.

He will be releasing his new single, Already Gone, early this year.

You can register for the 2018 Bridge Run at bridgerun.com. Entry is $50 until February 15th, when it will increase to $55 until sold out. Every participant will receive a finisher medal upon completion of the race.
–