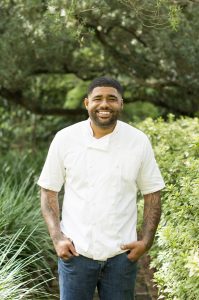 Parcel 32, a new restaurant coming to 442 King St. this spring, announced Shaun Brian Sells will be chef de cuisine while Stafford Boatman will serve as sous chef. Sells and Boatman will join executive chef Digby Stridiron in the kitchen.


Sells and Boatman joined Parcel 32’s culinary team in late 2017. A native of Coral Bay, St. John, Sells is a graduate of Johnson & Wales and worked at several well-respected restaurants and hotels. Among his many accolades, Sells was named a top “30 under 30” chef by Zagat and was nominated for a Rising Star by StarChefs. Sells and Stridiron, a native of St. Croix, worked closely together in the U.S. Virgin Islands promoting farm-to-table initiatives and tourism, and partnered to cook at four James Beard Foundation dinners.

Boatman brings 12 years of culinary experience from cooking at numerous restaurants including the Barcelona Wine Bar, King + Duke Restaurant, and The Optimist Restaurant in Atlanta, Georgia.

A press release for the restaurant says the menu will “celebrate Carolina heritage with rich food history and tradition, and showcase the freshest herbs, produce, meats, and fish from local farms and fishermen to highlight the unique flavors of Charleston.” Parcel 32 will offer a glimpse of its menu in early March at its signature dinner during Charleston Wine + Food with Top Chef season 10 winner Kristen Kish. They plan to open its doors to the public shortly thereafter. 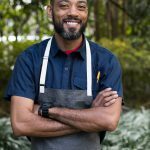 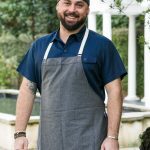