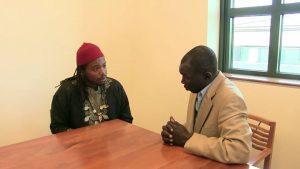 According to multiple social media posts from family and friends, local activist Muhiyyidin D’baha has died after being shot in New Orleans. He was 32-years-old.

According to a GoFundMe page set up by his niece, the incident occurred around 1 am Tuesday morning and D’baha died around 9 am.


The GoFundMe page also says, “his body is currently in New Orleans…and we are raising money to bring him home to Charleston and then have a memorial service/funeral for his family and friends. This is all so unexpected, so any contribution will help.” You can donate here.

D’baha, whose birth name was Muhiyidin Elamin Moye, was very active in the community, but may best be known for his activism with the local Black Lives Matter group. On February 22nd, 2017, D’baha was outside a College of Charleston lecture, which was being protested by members of the South Carolina Secessionist party. At one point, D’baha leapt over some yellow police tape in an attempt to get take down a Confederate flag another man was holding. The moment was captured live and broadcast by Live 5 News. The video soon went viral and the story received national coverage.

Update (6:06 pm) – The New Orleans coroner’s office confirmed D’baha’s death to ABC News 4. A woman claiming to be D’baha’s relative told ABC News 4 he was shot in the leg, and died of blood loss.