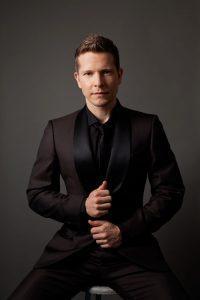 The College of Charleston alumni will be delivering their addresses to the graduates during the three ceremonies in Cistern Yard on May 11th and 12th.


Hendricks will be giving the commencement address to the graduates of the School of Business and the School of Sciences and Mathematics at 10 am on May 12th.

Czuchry will speak to the graduates of the School of Humanities and Social Sciences and the School of Languages, Cultures and World Affairs during the 4 pm ceremony on May 12th.


The actor earned dual degrees in political science and history from the College. While a student, he was awarded the Bishop Robert Smith Award – the highest honor given a student at spring commencement in recognition of high levels of leadership and academic excellence.

Soon after graduating, he began his acting career and quickly made a name for himself in Hollywood staring in television shows such as Gilmore Girls and The Good Wife. Czuchry currently stars in the new Fox Network medical drama The Resident.

He has received three Screen Actors Guild Award nominations for his work.

During the ceremonies, honorary degrees will also be presented to: