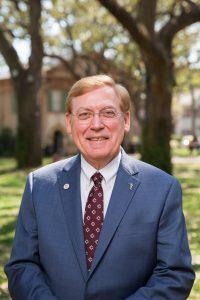 College of Charleston President Glenn McConnell today announced that he plans to retire from his position this summer.

McConnell, who became the College’s 22nd president in July 2014, said he notified the school’s Board of Trustees of his intentions last Friday.

“My age and health played a significant role in this decision,” McConnell said in a message to campus. “Over the past two months, I have taken a hard look at the challenges ahead as well as my physical abilities and energy long term to do this job and to meet other responsibilities I have at the same level as in the past. I have concluded that I should retire. I did not come to this decision lightly, but I know in my heart that it is the right thing to do. As an alumnus of the College, I love and respect this great institution and its people too much to not give the energy needed and my full and undivided attention every single day in the years ahead, especially as we approach the 250th anniversary of our founding.”

According to a press release from the College, Board of Trustees Chair David Hay said the board “intends to move swiftly to organize a search process for McConnell’s successor and that those plans will be communicated to the extended university community within the next few days.”

A native of Charleston, McConnell earned his bachelor of arts in political science from the College of Charleston in 1969 and his J.D. degree from the University of South Carolina School of Law in 1972. As a student at the College, he served as student body president and as a member of the Pi Kappa Phi fraternity. The McConnell Residence Hall on the College’s downtown campus is named in his honor.

You can read the full press release from CofC here.

Give’em a Blue Ribbon: Recovery Room is Once Again the World’s Top Seller of PBR Cans