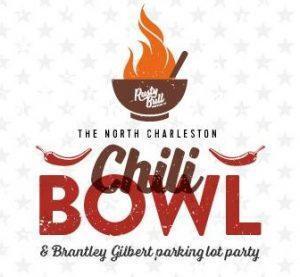 Rusty Bull is partnering with NASH-FM and the South Carolina Stingrays to bring guests a night of live music, beer pong, connect four, corn hole, a jump castle, and a chance to win tickets to Brantley Gilbert’s show at the North Charleston Coliseum – all while eating chili for charity.

NASH, the Stingrays, and up to 8 other teams will compete in this chili challenge while guests sample the offerings for a $1 donation to that team’s charity of choice. The crowd will then vote on their favorite chili and the winning team will receive: