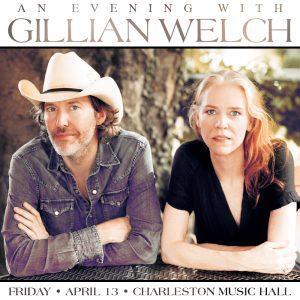 The Charleston Music Hall announced they will once again host “An Evening with Gillian Welch” on Friday, April 13th at 8 pm.

As usual, Welch will perform with her musical partner, guitarist Dave Rawlings. The duo has released five albums, two of which were nominated as in the Best Contemporary Folk Album category at the Grammy Awards.

Follow us
Related Topics:charleston music hallDave Rawlingsgillian welch
Up Next