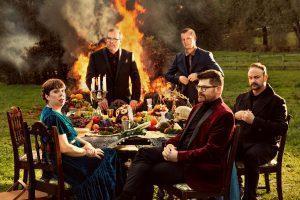 A month before their Charleston show, the band will release their eighth studio album I’ll Be Your Girl. The record will be released on multiple formats, including LP (multiple colors), softpak CD, cassette, digital download, and a mystery deluxe edition box dubbed I’ll Be Your Girl: The Exploded Version, for which details will be revealed shortly.

VIP pre-sales for their supporting tour are already underway with a general on-sale beginning this Friday, January 19th at 10 am. Click here for more information.
–

Celebrate National Mentoring Month with Be A Mentor