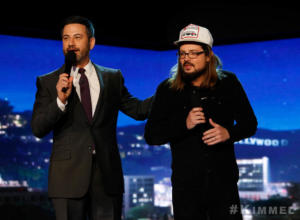 Nashville based stand-up comedian (and former Charleston resident) Dusty Slay performed on this past Tuesday’s episode of Jimmy Kimmel Live!. You can watch his segment below.

Slay will next perform in Charleston on Friday, January 19th at the Woolfe Street Playhouse. The show is part of the 2018 Charleston Comedy Festival and even got a shout-out from Kimmel. Click here for tickets.

Comedian Brian Regan Returns to the North Charleston PAC in 2018