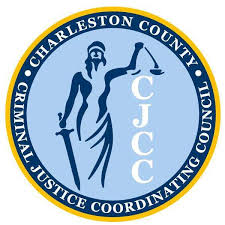 As part of the CJCC’s six-part transformation plan to improve the local criminal justice system and make it more effective, efficient and equitable, the CJCC has been looking deeply into bond-setting practices. In bond setting, judges have limited time and information to make extremely important bond decisions that determine if, or how, jailed defendants charged with crimes secure release from jail pretrial. By law, most bonds are set within 24 hours of arrest and there exists a presumption of release on recognizance unless the court determines such a release will not reasonably assure appearance or unreasonable danger will result. The law also indicates specific factors judges consider when setting bond.

The CJCC recently completed a study of bond setting in Centralized Bond Court over calendar years 2014 and 2015. The study researched bond setting and its impact on pretrial release or detention, and pretrial outcomes of safety and court appearance. The study included all bonds set within the Magistrate and General Sessions Courts of Charleston County.  The results indicate:

“The impact of the study is revealing. The current system does not serve our community well. We can and we must do better,” said CJCC Project Director Kristy Danford.

Through the efforts of the CJCC, bond-setting judges will soon have more risk-based information to help them make critical bond decisions. Improvements coming to the Charleston County Centralized Bond Court in January include the launch of a pretrial services report provided to the judge, defense, and state for consideration in bond hearings. The pretrial services report includes:

“On one end of the spectrum, individuals who pose substantial risk to public safety can release back into the community if they have the bond money required. On the other end, lower risk individuals that cannot afford to secure release are stuck in jail at great cost to themselves, their loved ones, and the taxpayer. It simply does not makes sense to keep a lower risk person that could otherwise be working, home with their family, and contributing to the community in jail. Providing our judges with the pretrial services report is going to help considerably at both ends of the spectrum,” said Mitch Lucas, CJCC Chairman and Charleston County Assistant Sheriff.

The CJCC will be carefully monitoring the use of the pretrial services report and furthering efforts to improve pretrial outcomes over time. These efforts come on the heels of the $2.25 million grant awarded to the CJCC by the John D. and Catherine T. MacArthur Foundation Safety and Justice Challenge. The CJCC is a data-guided collaboration of elected and senior officials, law enforcement leaders, judicial and court leadership, behavioral health professionals, victim and legal advocates, community representatives and community leaders working to improve public safety and well-being throughout the County.